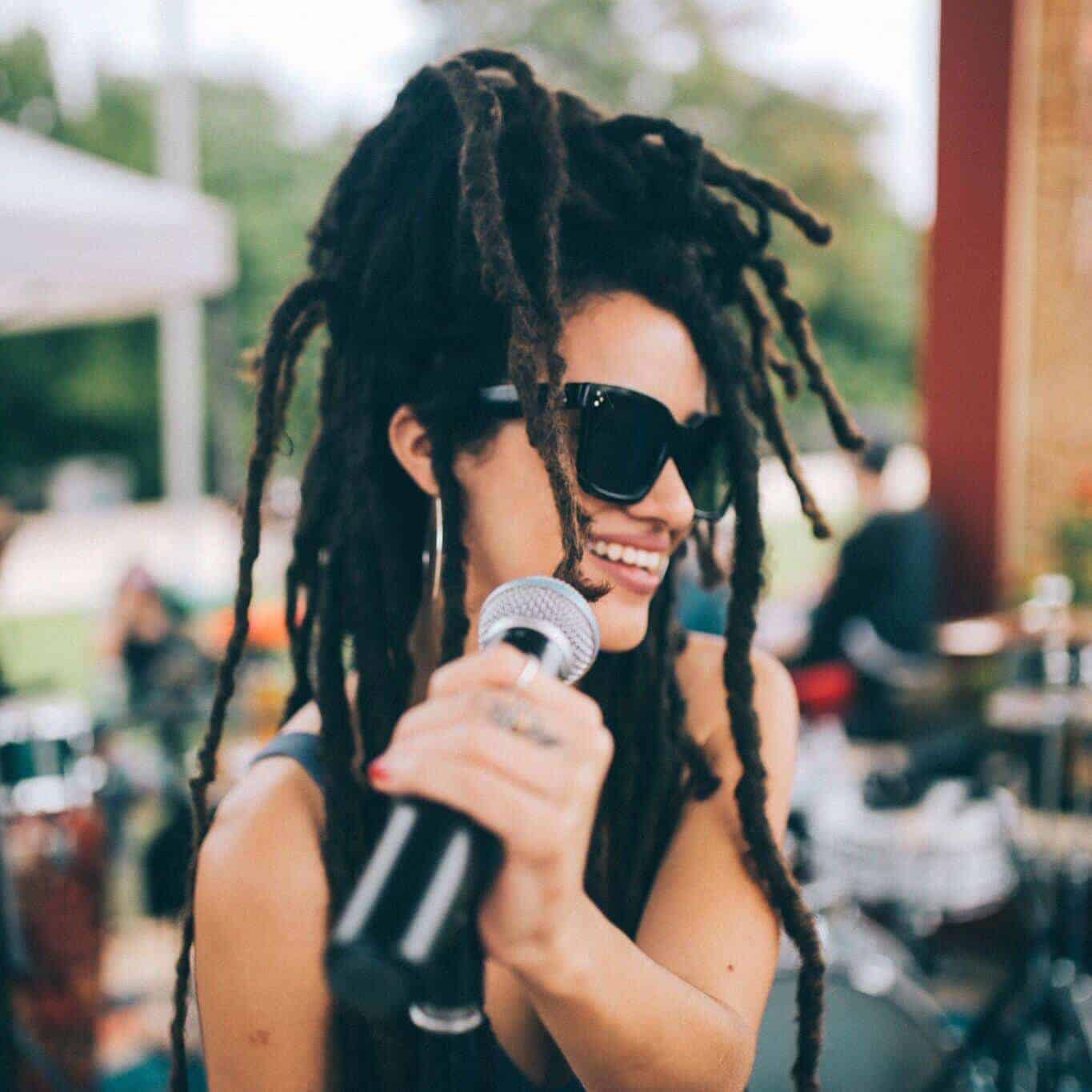 The product of a nomadic existence, Calma Carmona’s musical background is as varied as the different cities where she lived and grew up. After seeing the world, she absorbed the aspects that appealed to her sensibilities and took the road that led her to the stage of Café Seda in Old San Juan in 2007. With the musical maturity she has gained in the last few years, Calma Carmona now aims to break with traditional patterns and create songs in her own way. As she said, “What I have always done well is express myself, that’s what fulfills me. I don’t want to do what everyone says I need to do”.

With her music denominated as Latin Soul, Calma Carmona has a display of influences ranging from Sade, Theolonious Monk and Santana, Ismael Rivera, Al Green, even PJ Harvey, La Lupe and Tina Turner. Her sound is painted with subtlety and passion, seeking to attract listeners with every verse and chorus. In all the cities she has walked on, Calma has had the opportunity to digest local and musical vibrations. As a gypsy moving from place to place, the artist she is today is now looking to share everything with her audience. It is with this desire in mind that Calma climbs on stage each night, seeking to turn spectators into believers with magic and intensity of her Latin Soul. “I give myself on stage. It is where I want to be,” said the artist.

In August 2013, Calma was voted MTViggy (previously known as MTVworld) Artist of the week. Late September 2013, Mun2 exclusively launched Calma’s first EP “There’s No Other Girl”, recorded live and produced by herself and her manager/producer Anthony Elizo as well as team of close friends. Calma feels that to launch her debut as a live recording clearly shows that she has nothing to hide. After years of training in the streets, the EP marks the culmination of her musical experience in Puerto Rico and gives us just a small glimpse into the wide variety of influences that inspire the singer. “That’s the fun part,” said the interpreter ‘Pa ‘Que Te Quejas’, “After this I can take any route. Just three days after Calma’s EP launch, she was chosen to open for Beyonce’s “Mrs. Carter World Tour” in Puerto Rico. Its evident Calma’s arrival has made quite some noise in both the Latin and the U.S industry. Calma is now left only with the memory of a young rookie, and instead we have an artist determined to captivate us over and over once she’s on stage, the world’s stage. [email protected] (787) 409-0295