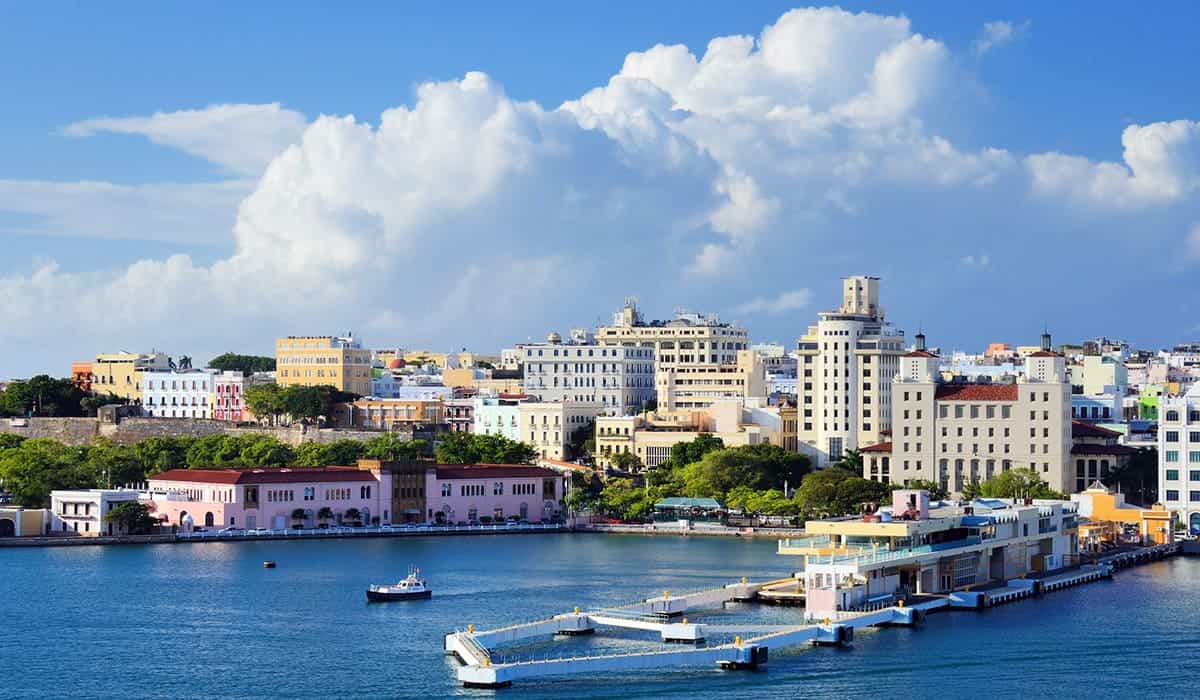 Christopher Columbus arrived at Puerto Rico in 1493. He originally called the island San Juan Bautista, but thanks to the gold in the river, it was soon known as Puerto Rico, or “rich port;” and the capital city took the name San Juan. Soon, Puerto Rico was a Spanish colony on its way to becoming an important military outpost.

Puerto Rico began to produce cattle, sugar cane, coffee and tobacco, which led to the importation of slaves from Africa. As a result, Puerto Rican bloodlines and culture evolved through a mixing of the Spanish, African, and indigenous Taíno and Carib Indian races that shared the island. Today, many Puerto Rican towns retain their Taíno names, such as Utuado, Mayagüez and Caguas.

Over the years numerous unsuccessful attempts were made by the French, Dutch, and English to conquer the island. To guard against these incursions, the Spanish constructed the many forts and ramparts still found on the island. Puerto Rico remained an overseas province of Spain until the Spanish-American war, when U.S. forces invaded the island with a landing at Guánica. Under the Treaty of Paris of 1898, Spain ceded Puerto Rico (along with Cuba, the Philippines and Guam) to the U.S.

As a result, the turn of the century saw Puerto Rico under United States sovereignty. At that time, Puerto Rico’s economy relied on its sugar crop, but by the middle of the century, an ambitious industrialization effort, called Operation Bootstrap, was underway. Cheap labor and attractive tax laws attracted American companies, and soon the Puerto Rican economy was firmly grounded in manufacturing and tourism. Today, Puerto Rico is a leading tourist destination and manufacturing center; the island produces high-tech equipment and many top-selling American pharmaceuticals.