SINCE ITS CREATION IN 2010, Santurce’s Law (SEL) has solidified its position as the leading exponent of emerging contemporary art and creative programming in Puerto Rico, by developing a management platform that manages to unite microprojects independent art scene for a weekend. With each edition SEL reaffirms its commitment to the rehabilitation of Santurce neighborhood through the foundation of an art circuit in the area; effort that has made the capital district in the center for contemporary artistic creation on the island and in America. Santurce is Law has been developed with the hope of seeing grow sector. The initial problem is that once the event ends, you tend to leave unused space and concept, waiting to be rescued next year and creating a cultural gap between. We are witnessing the change in Santurce community that has been produced for public art, and independent events of this nature, which are generated by the artistic community.

“Wilsons Car” after the previous owner of the car, the sculpture is made of 300 reclaimed pallets and to some ply wood scraps. Its around 22 feet high and sits at a parking lot at Serra Street, Santurse, San Juan in Puerto Rico as a part of the street art festival is Santurse Act 2016. 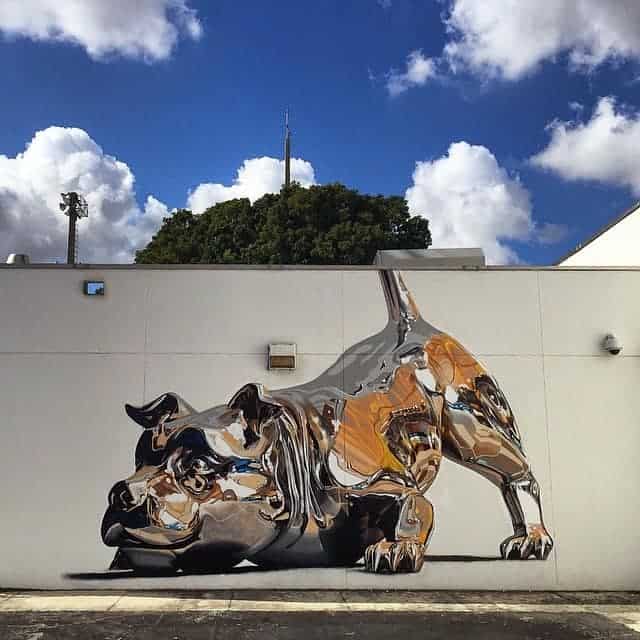